Good morning!  I hope that you had a wonderful 4th of July.  🙂  Ours was really the perfect day, filled with pool time, a little baking, hot dogs, and a huge amount of appreciation for the country that we live in.

I’ve been posting a little bit about our travels during the month of June, and the final place that we went was a day trip to Universal Studios while we were in California.  This was my birthday gift from Grey’s parents, and our main goal was Harry Potter World, as we are both big Harry Potter nerds.  😉

The Wizarding World of Harry Potter in California is not huge — it was much smaller than we expected but total we spent about 4 hours just in that part of the park.  But let me back up…we used an awesome app called Waze to get us to L.A., and it rerouted us a couple of times during our drive to get us there quickly.  It took about two hours (maybe a little less) to get to the park in the morning.  We grabbed a couple of coffees at Revolution Roasters on our way out of Oceanside at 6:00 AM and headed out on our little adventure.

I had read that it was worth spending the extra money to get the really good parking, but when we got there the gate parking was already sold out so we went with Preferred, which was still awesome.  You get to walk a little bit through the outside shopping and dining of the park but you’re still close to the gate.  We were both really surprised at how easy it is to get around Universal.  Very stress-free.

We brought a backpack stocked with waters and snacks.  I think we brought about five waters but we ended up buying five more, so we drank 10 total during our day, not including the water we drank during meals.  It was HOT!  The park has several cool-down zones where air and mist are blasted out of a fan that you can stand in front of, so those helped so much.  I’m not sure if water is the same price all over the park, but we bought ours from the Kwik-E-Mart in the Simpson’s area at about $3.00 a bottle.  We would definitely bring more water with us next time but didn’t know what to expect! 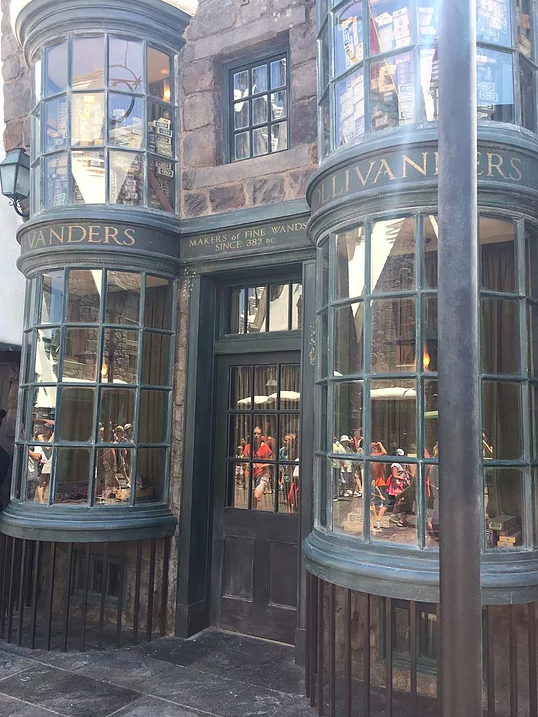 The first thing that you need to do when you are in Harry Potter World is buy your wand.  Make sure you purchase a wand with a sensor in the tip so that you can cast spells in the windows all over this area of the park.  Ollivanders is crazy busy, even first thing in the morning, but it is worth it!

Honeydukes was so cool because they stocked all of the fantastical candy that you see and hear about in the movies and books.  You could really go crazy in here with spending all kinds of money on the candy, but we limited ourselves to just a couple of our favorite mentions from the films, like Chocolate Frogs and Bertie Botts Every Flavor Beans.  I think we got some gummy slugs, too. 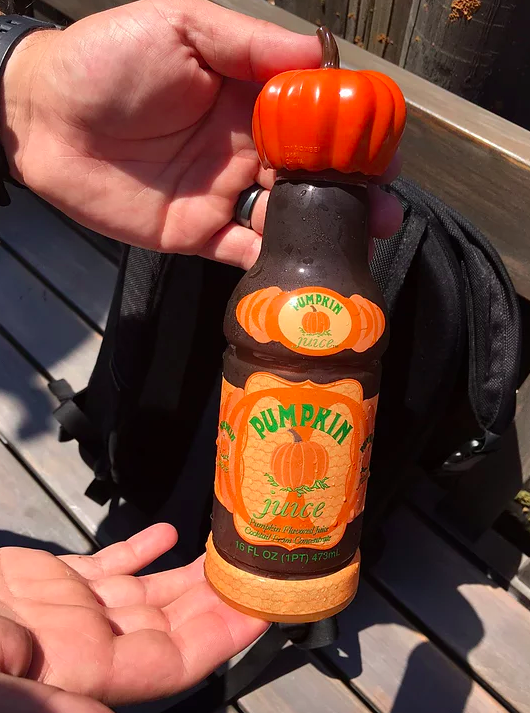 Now this… This is a purchase that I halfway regret.  I can’t remember how much it was, but I do remember my hesitation — but I had to try it!  It’s pumpkin juice, after all!  They don’t reference this in the movies much, but in the books, yes!  So, we bought some.  And I hate to tell you…it is disgusting!  Kids probably would be fine with it, but I just can’t get behind it.  😉

Butterbeer on the other hand…  Amazing.  You can have the drink frozen or just cold, and either way you decide, you won’t be making a mistake.  We each had two Butterbeers while we were at Universal — one each during lunch, and one that we grabbed before we headed to the parking lot for the drive home.  🙂  I highly recommend this.

Okay, so about the roller coaster.  It is described as a “family-friendly coaster,” and I would agree with that for a few reasons.  It’s really short, it’s not super fast, there are no upside-down turns, etc.  But for someone who doesn’t like roller coasters (me) and who is not a ride person really to begin with (me) and who gets scared easily by that roller-coastery sensation that you feel upon riding one (ahem, me), this ride is probably not for you.  But I feel like even if you are like me, you should probably still try it once, because it only lasts for about 30 seconds tops and then it’s over.  And then you can say you did it when your friends ask.  🙂 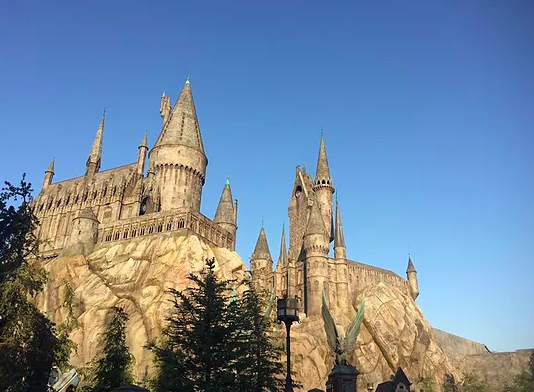 Which brings me to the Hogwarts ride, which I can’t speak of because, in short, I freaked out once we got to the part where you actually have to climb into the seat.  I’m not above admitting that, lol.  Let me just say — this is only a 3D ride.  There are tons of these all over Universal and they are so.fun.  But I tried to go on this one right after the roller coaster where I felt like I might die (kidding) and just couldn’t bring myself to do it.  This was a good lesson, though!  Because I found out that they have people who will help you escape if you need to!  Which is good to know.  But the build-up to this ride is really cool, which I did get to experience — you get to wander through meandering halls of Hogwarts and see all of the great interiors and objects from your favorite settings in the movies.  That alone was a great experience!

We ate lunch at Three Broomsticks and had Bangers and Mash, which was actually pretty good.  Plus Butterbeer, so you really can’t go wrong there.  We came back to Harry Potter World in the evening when the sun was starting to go down, before we left at 8:30 PM.  So we were at Universal for a full 12 hours.

The Studio Tour — this is a must-do.  The Simpson’s Ride, and The Minions Ride, actually.  Super fun 3D experiences.  The shopping is obviously really great, the little city part of the park is cool, really everything was so exciting, one of those experiences where it’s thrilling just to be there.

I was having so much fun with all of the 3D rides that I said to Grey, “They should make a park with just all 3D rides!”  He laughed and said we were in it.  🙂

One thought on “Harry Potter World” 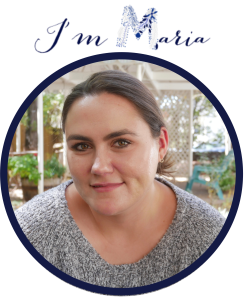 I’m so glad that you stopped by!  Simplicity inspires me.  Whether I am shopping my house, gathering people together for a meal, or puttering on a Monday morning, there is peace at the heart of it.  If you are a “perpetual nester” like me or if you’re just leaning in to loving the home you have, I hope you find something that inspires you here.  Welcome!